Though there have been countless articles written in recent years about Seattle’s booming real estate, as a proud resident of this community, my first blog post has to be about Seattle. The city geographically lies about 100 miles south of the Canada-Unites States border and is the 4th largest port in North America. It is the 18th largest city in the country and 10th most densely populated with approximately 8390 people per square mile. The table below contains some basic data about Seattle according to U.S Census Bureau (as of July 1. 2016):

Seattle is filled with smaller, healthy businesses as well as major companies. Some of these companies headquartered in and around the Seattle metropolitan area are well known: Boeing, Joint Base Lewis-McChord, Microsoft, Amazon, University of Washington, Providence Health & Services, Starbucks, Nordstrom, Alaska Airlines, Costco, Expedia just to name a few. Their presence in the market creates a strong, healthy, and inviting employment market, which in turn brings in new residents to the area. As the result Seattle’s real estate has become one of the hottest markets in the country in the last several years. 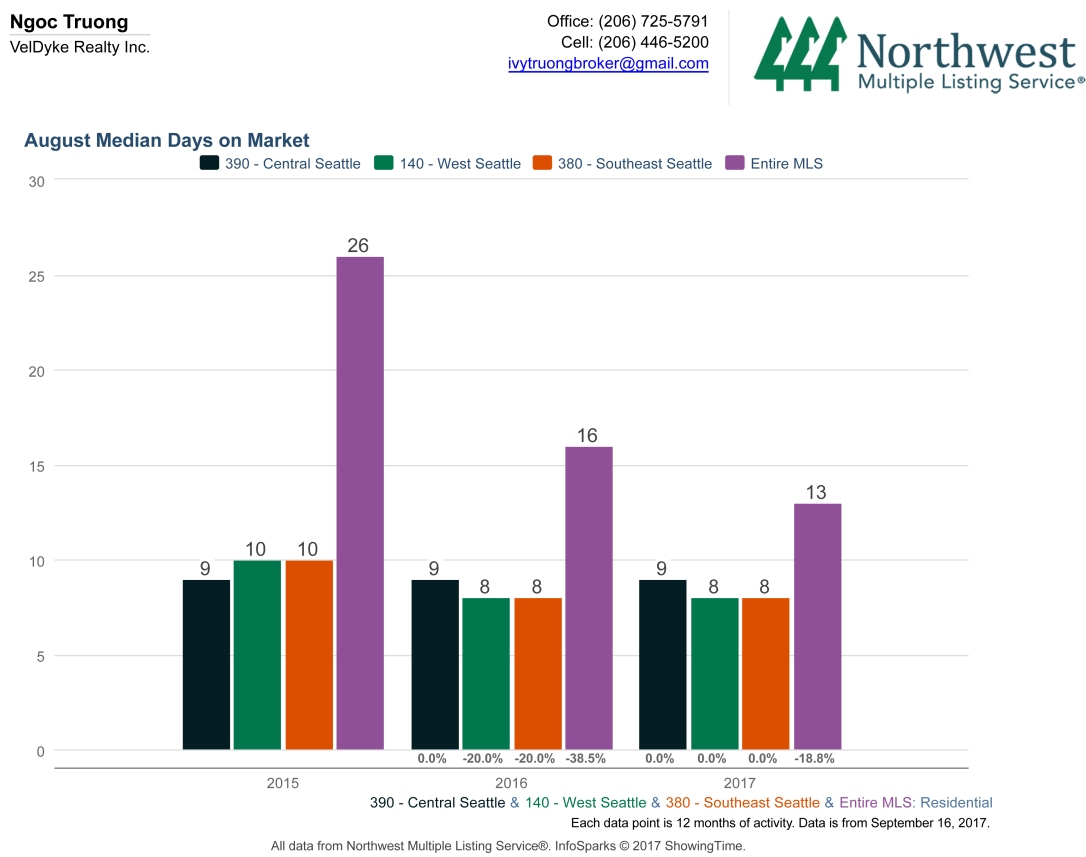 This chart indicates that most properties in Seattle area sell after 8 to 9 days of being listed on average, which reflects the high desirability of houses in this market at the level never been seen before. At the same time, house listings for sale continue to decrease despite chance for big profits.

Seeing all of this information and data, many people may say “ Okay, it’s a great city, I want to settle here, but is it good time to buy?”

Just like with other investments, nobody can predict the market and tell you confidently that “Yes, it is absolutely the best time to do so”. Risk taking is always part of investment, however you must look at data, observe the market, do the research, consult with professional who work in the industry, make your best guess, and trust your instincts. House prices are higher than ever, and there is no guarantee that they will go down anytime soon if you decide to wait. Also, interest rates are another factor you must consider because they could change the price you pay for the house significantly in the long term. Based on the history of mortgage rates, it is currently still a good time to buy. Ultimately, financially and mentally-speaking, are you ready for that journey?

View all posts by ivytruongbroker